The report includes an interview with Kristin Rowe-Finkbeiner, Executive Director of MomsRising.org, asking her about pay discrimination against mothers — and how the playing field can be leveled to give all workers a fair shake.

“We have a 1950s work-policy structure, but we have a modern labor force… Now more than 50% of the labor force are women for the first time in history, but that doesn’t mean we’ve reached full equality,” said Kristin. “Passing family-friendly programs like family leave, like affordable childcare, like access to paid sick days, like access to flexible work options. Those things actually help lower the wage gap between women and men and they raise all boats– because it’s not just moms who need those policies.” 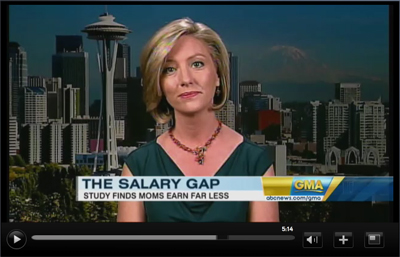 Allowing all workers — from waiters and waitresses, to nursing home staff, to childcare workers — to take a day off without penalty when they or they children get sick can save the business thousands of dollars in lost productivity, wages, and health care costs. Paid sick days help workers and businesses alike maintain economic stability, especially during times of economic uncertainty.

One thought on “Good for business: Paid sick days level the playing field for workers”